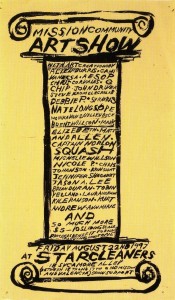 In Greek and Roman mythology a cyclops was from a primordial class of one eyed giants. In Marvel comics, (Stan Lee and Jack Kirby’s X-men,) “Cyclops” was a mutant character who fights for peace and equality.

Poet, musician, painter Brent Willson presents paintings in a solo show at 60SIX called “ Cyclops Hunting.” He describes his painting practice as “a search for happiness, and a study of psychological frameworks within a transitory condition.”

Influenced by surrealist painters, Paul Klee, Joan Miró, and Adolph Gottlieb, Willson’s paintings allow childlike mark-making, pictographs, and symbols to evolve, acting as a language of the subconscious mind. Ties to the mission school appear in his use of low-brow materials (wood panels and sometimes house paint) as well as in his predilection of constant reflection on society and humanity. He says of his process, “My target in this ever changing landscape is an expression of individual diversity within social density.”

In some paintings we see hints of his personal surroundings, which are a home, studio and large garden very near ocean beach, in San Francisco. Visual vocabularies of Milton Avery and Helen Frankenthaler come to mind, feeling both specific, intimate, yet abstract, universal. The work projects internal and external landscapes overlapping and emerging.

Born in 1969 in the Bay Area Willson grew up playing in local punk bands and designing album covers, then studying architecture and drafting. Contemporaries Chris Johanson and Chris Corales were local influences to his visual art. Early on, he became a prolific poet and writing remains an essential part of his creative process. Recently, he self-published two volumes of poetry entitled “San Francisco Morning Fog Horns Make Me Happy.” Vol. one, 2014. Vol. two, 2015. 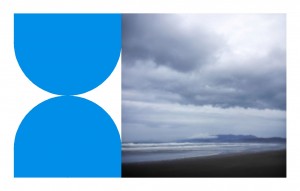 I AM THE SEA

Willson’s paintings reference mythos contextualized by historical and contemporary sociology. As writing has always been an essential part of his creative process, this exhibit parallels his paintings with text stemming from songs written by Willson. His recently self-published book of poetry entitled San Francisco Morning Fog Horns Make Me Happy will also be on display. For Willson, these paintings and writings convey his inward journey through tangible substratum and concepts.

Born in 1969 in the San Francisco Bay Area, Willson’s artistic inspirations draw from his early years as a touring musician, house painter and building designer; his subject matter is abstract and self revealing. Willson currently lives and practices art in San Francisco and has participated in numerous local group shows.

For more information about Brent Willson, please contact Paul Porambo of Fine Art Services, at 415.626.6119 or by email at porambo@earthlink.net. 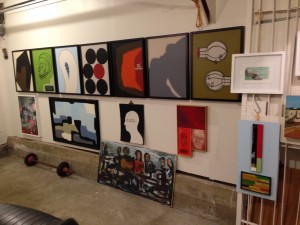 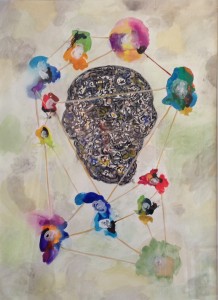 Quantum Coherence in Communication with the Dead– Gouache on paper, 24 x 18 in.

Self Centered And Narcissistic – House paint on plywood, 20 x 16 in. 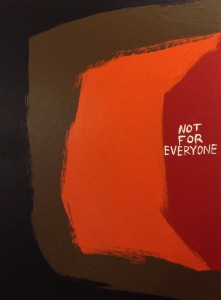 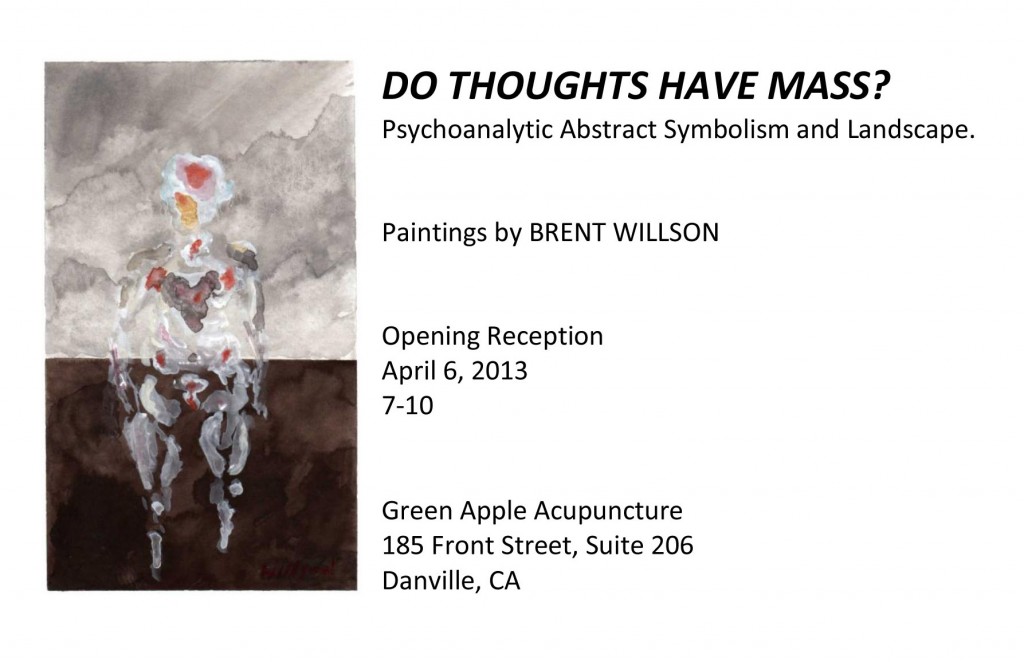 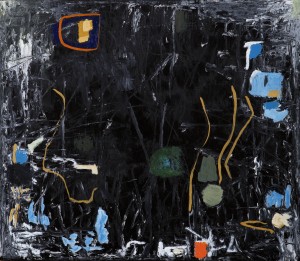 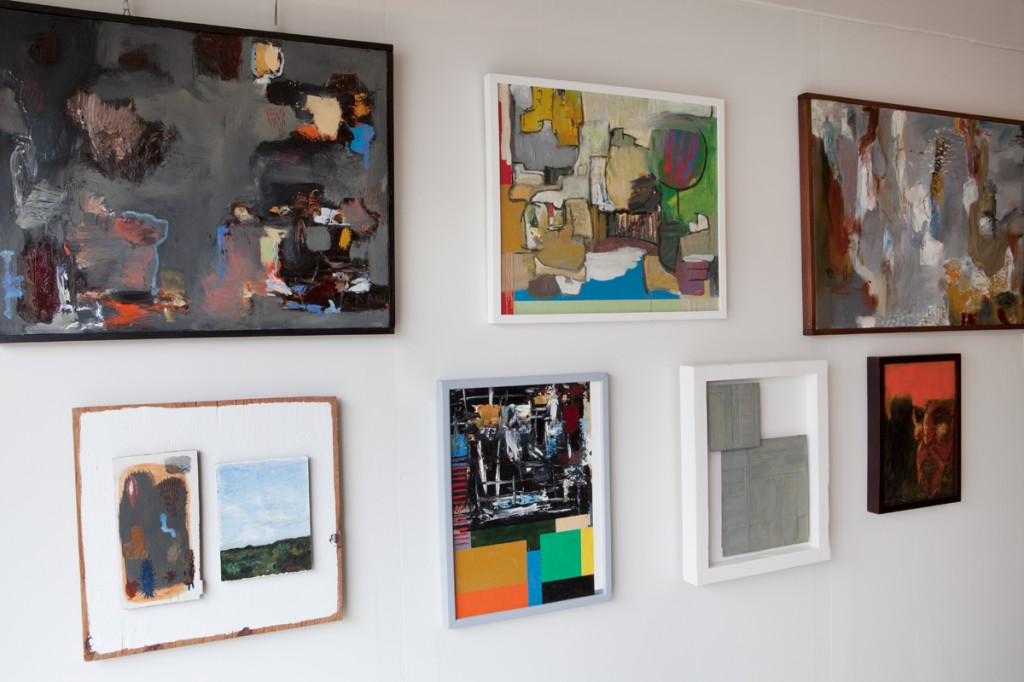